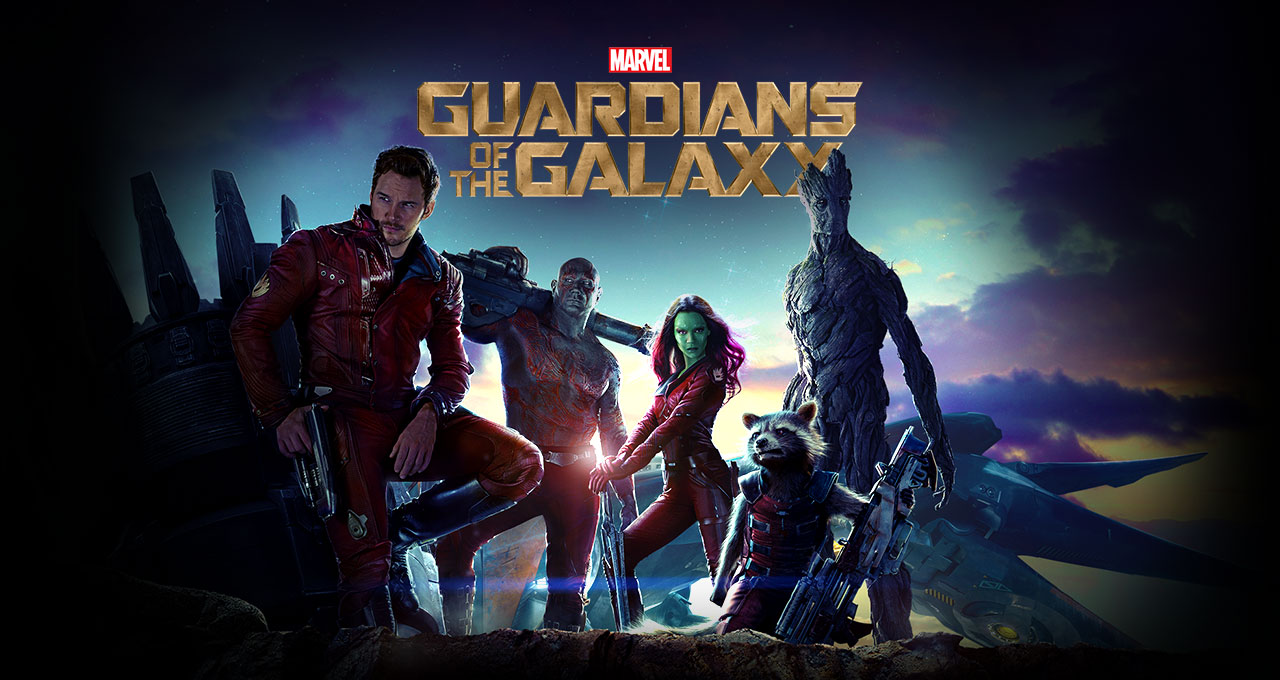 Let’s get this out of the way right now: Guardians of the Galaxy is a hell of a lot of fun.

Marvel wisely chose to play Guardians differently than its other franchises. With the explosion of quality super hero films in the past decade, it would have been easy to look at Guardians of the Galaxy as a cash-in for Marvel, selling the film on the strength of their brand and success of other movies such as The Avengers. For a non-comic book fan, seeing a talking raccoon would be laughable from a purely surface level (and had this been made in, say, the 1980’s, the results would have been entirely cringeworthy because, well, the Eighties).

But Guardians of the Galaxy brings with it a charm that straddles the line between cheesy and endearing. There is no shortage of humor throughout the film, a smart move considering the source material. Selling a “harder” science fiction movie than previous super hero flicks would be tough. If it’s not Star Wars or Star Trek (and I am by no means referring to those franchises “hard sci-fi”, as much as I love them) the general public will defer such films to niche status. Thor and its sequel did a nice job of slipping in high-concept science fiction into its costumed hero trappings, but still maintained an overall somber tone. Guardians inverts this to much success. For every moment that delves deep into Marvel’s cosmic mythos (the Infinity Gems, Celestials, the Kree, Thanos), the film reminds us to not take it all too seriously while veering away from camp territory.

The core cast aligns perfectly. Everyone in their respective roles – from Chris Pratt as the Sony Walkman-listening, smartass hero Star Lord to Zoe Saldana as deadly but beautiful assassin Gamora to even yet another pro wrestler-turned-action star David Bautista (better known in the WWE as Batista) all slip comfortably into their larger-than-life personas and give them – dare I say it? – nuance. Bradley Cooper voicing Rocket is the highlight of the film, being given not only the best one-liners but also making you forget the utter ridiculousness of his character (Rocket! Racoon!) and transforming him into something relatable and endearing.

Where the movie falters is in its villains. Not only are there too many antagonists vying for screen time (Ronan, Nebula, Thanos and Yondu), all but the last are not  given any particular depth. Yes, Ronan looks incredibly cool but is equally one-note as the fanatic bent on genocide. Nebula (played by the wonderful Karen Gillan of Doctor Who fame) is woefully underused, instead relegated to playing a generic villainess who turns on her father and new ally with very little prompting and simply bails from the action later in the movie. Thanos is here in merely a cameo role, setting the stage for the inevitable payoff in a later Marvel film (my guess being The Avengers 3). The plot moves along at enough of a clip and throws enough stunning imagery your way to cover this up well, but it is a shame to see so much talent go to waste in what could have been meatier roles with some trimming (the entire Collector scene, for example, comes across as very dramatically forced).

Regardless, Guardians of the Galaxy remains a wonderful surprise to emerge from the Marvel entertainment engine. It’s an experiment that succeeds on most levels, and will hopefully open the door to more cosmic-oriented adventures down the road.