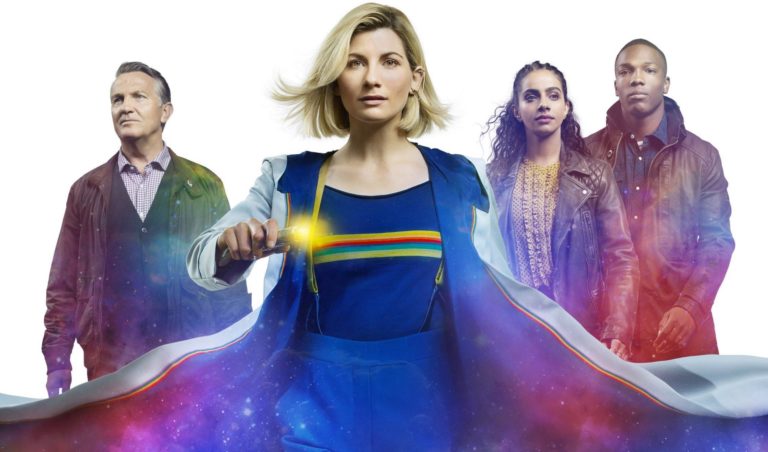 “Praxeus” is another topical entry in the Who universe, somewhat along the lines of the earlier “Orphan 55”. But whereas “Orphan 55” kept the moral of the story wrapped up in a late episode twist, “Praxeus” wears its message about environmental pollution and the evils of plastic proudly on its lapel. The message is a good one.

The episode, however, isn’t particularly noteworthy.

“Praxeus” isn’t a bad episode, however. It’s not preachy or self-indulgent. It doesn’t reuse any old villains (though I got a chuckle out of the call-out and dismissal of the Autons as the potential villains). The warning about plastics and pollution is very much a valid one.

But the episode meanders along and has characters making odd choices for the sake of the plot. Early on, the decision by Gabriela and her companion to sleep among the waste-infested shore seems outlandish – and when Gabriela’s friend dies later, there isn’t any long-term emotional impact (in fact, by the end of the episode Gabriela is looking to recruit new people for her vlog… shallow Millennial character stereotyping? Who knows?). Yaz wants to stay behind to obtain some alien tech and the Doctor is okay with it despite not being certain it’s safe? And then Yaz decides to use the teleporter they discovered, without any certainty as to where it goes?

Then there’s the guest characters. Jake, the cop who is on sabbatical to get his head straight and travels to save his estranged husband, astronaut Adam. Jake’s character was flat and I never bought his relationship with Adam. Their conflict and chemistry were just tepid and I found myself not caring about Jake potentially dying at the climax, but of course the Doctor saves him and gives him and Adam their happy ending… which garnered a big “meh”.

The TARDIS crew is serviceable here, while not given a whole lot of meat to work with despite the globetrotting plot. Praxeus, as a viral nemesis, just isn’t very interesting; had we somewhere been made privy to more of Suki’s people’s plight or the Doctor face some hard ethical dilemmas, the episode would have greatly benefited from it. Instead, everything feels very by the numbers.

Somewhere in “Praxeus” is a compelling story waiting to be tapped. Had we learned more about Suki, her people and their desperation to survive, we may have had an intriguing tale of a scientific time bomb threatening both Earth and an alien world. Instead, we get a lot of running around and technobabble, while not really harnessing any emotional investment in the story. “Praxeus” is not bad television; it’s just not very interesting.