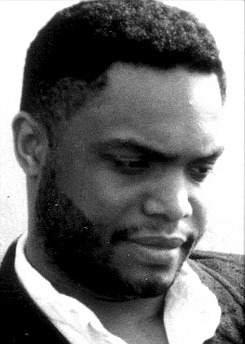 Geoffrey Thorne is no stranger to the world of Star Trek fiction. He got his first professional taste by winning the second prize in the Strange New Worlds VI contest for his story “The Soft Room”. He has gone on to have his stories published in the Star Trek: Deep Space Nine and Star Trek: Voyager anniversary anthologies, as well as writing and producing an acclaimed online series, The Dark. Geoffrey Thorne’s first novel, Sword of Damocles, is the fourth novel in the Star Trek: Titan series and will be released in December. He recently took time out of his schedule to participate in The Ten.

When was the moment you decided you wanted to be a writer?

I don’t remember a time of actually choosing to be a writer. I have always written stories. My parents encouraged it. I decided to try to become a professional after years of reading bad screenplays (previous job) and grumbling about them in front of my wife. She basically told me to stop complaining if I wasn’t competing and I agreed.

You put wrote, produced, and co-directed an online series called The Dark, which received acclaim on various websites. Could you provide some details on the background of the series- conceiving the idea, writing, production, and challenges?

I always wanted to do a show like the Twilight Zone or Alfred Hitchcock Presents. In “Hollywood” the conventional wisdom is that anthology shows don’t work. I say that’s crap. If they don’t work it’s because they’re badly written or badly produced or badly acted or some combination of those. I also, due to being an inmate here in Lost Angles, have access to a lot of amazingly gifted people who only need a “break” to let their brilliance be seen. So I called some, told them what I had in mind, asked if they had the sorts of stories that would suit the show and if they’d be willing to place them under my banner. The answers were “Yes,” as you see. My role as producer was really fun because I got to see all these things first and help put them into their final shape for the show. The animated hosts and the blog stuff is just the wrapping paper for what I think are just really kick ass stories done by gifted writer/directors. We are talking about doing another season of the show or, maybe, a long-form serial of a single story. In the meantime, the first season is up and will stay up for as long as we keep getting hits.

Your novel Sword of Damocles, the fourth entry in the Star Trek: Titan series, is due for release in December. Can you take us through the process of creating that novel, from pitch to final draft?

Sword of Damocles was a fairly straightforward pitch-outline-novel situation. I ran a bunch of stories for various Trek books by Marco Palmieri and the one that eventually became Sword of Damocles was the one he liked. We dickered a bit about which angle to take (hard to talk about without giving it away) but it was essentially smooth sailing from start to finish. Not very dramatic, I’m afraid. Marco is an old hand at this stuff. I trembled and worried the whole way through.

Without giving too much away, was there anything cut from Sword of Damocles that you wish could have been retained?

Hmm. One scene I wrote inadvertently stepped on the toes of the next Titan novel so something had to be altered to keep my book in line with that one. Beyond that the cuts were pretty minor.

Which Titan crew member did you find the hardest to capture their “voice”, and who was the easiest?

Vale was easiest by far. Surprisingly I found Riker troubling at times. Not because of the character himself but because I’m putting him through some unusual changes and it was sometimes work to keep his “voice” from becoming too harsh. Ultimately it’s up to you to determine how well I succeeded.

You had a couple of short stories be selected for the Strange New Worlds competition, as well as Deep Space Nine and Voyager short stories published. Between novels, short stories, and film, do you find one medium particularly more rewarding to work on?

Ha! Nope. Each of the forms has its pluses and minuses. I like writing. I want to do many more novels though because I feel I only got a small taste of what the format can provide. And, of course, unlike screenplays, you don’t have to worry about a novel’s budget.

An interesting quote of acclaim from the Dark series site is “…major studios have issued series from pilots made with less finesse than this.” I couldn’t help but think of how your series (and correct me if I’m wrong) was strongly held to the creator/writer’s vision, similar to how shows are produced in the United Kingdom. Considering how producer/writer-controlled shows are in the UK as opposed to in the USA, do you feel The Dark gives credence to that formula as a road map for the future of TV in the United States?

LOL. I doubt it. I also have an affinity for the way the BBC and ITV structure their various series. Jekyl, Torchwood, even something like Bleak House. I wish the US would take a page from their book (especially considering how many of their series we import or copy). But, no, my little series isn’t the herald of anything. Except a fun diversion for those who check it out.

Will you be producing any more online film projects in the near future? Perhaps continue The Dark?

As I said, the other guys who worked on The Dark are, apparently, up for another go. The hard part is finding the time. Some of them have gotten offers to write or direct other things- things that pay rather than cost- so it may be a little longer before we do another web project. But, yes, we all want to do SOMETHING. I am a fan of free expression and technology. The Web is heaven for people like me.

What’s next for Geoffrey Thorne?

I have stacks of short stories in the wind, some having been recently published in anthologies. I have an original novel in the hands of another publisher. Fingers crossed. I have a couple of fairly serious irons in the Hollywood fire but can’t discuss them for fear of the Jinx. Ditto a couple of comic book projects that, I hope, will see daylight in 2008. And I’ve been approached to develop an audio series scifi or horror series to be podcast in the next year. I’ve no idea which or when it will be.

Geoffrey, thank you for your time.